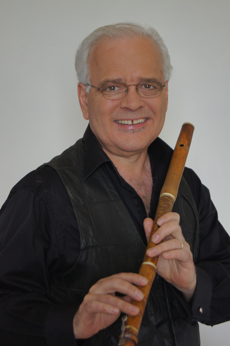 As a virtuoso of historical flutes and recorders, conductor, educator and scholar, Greg Dikmans has been at the forefront of the early music movement in Australia since the late 1970s. This leadership role has been recognised by entries in The Oxford Companion to Australian Music.

Graduating with a Bachelor of Music (Uni. of Sydney) in 1978, Greg pursued post-graduate studies in Belgium and The Netherlands from 1983-84 with the assistance of a Churchill Fellowship and an Australia Council grant. He was awarded the Diploma in Baroque Flute (First Prize) by the Royal Conservatorium in Brussels where his teacher was Bartholt Kuijken.

Greg is a first-generation Australian of Dutch origin and through his post-graduate studies has been strongly influenced by an approach to performance which is expounded by artists such as Barthold Kuijken (flute), Sigiswald Kuijken (violin) and Gustav Leonhardt (harpsichord). This approach is characterised by an acknowledgement of the importance of careful scholarship combined with subtle, tasteful and, above all, unpretentious musicianship.

Greg is recognised internationally for his research into the performance practice of 18th-century French flute music, the subject of his MA thesis (La Trobe Uni.) and various pubished articles, and his PhD studies (Uni. of Melbourne) are focused on the relationship of rhetoric to all aspects of performance practice. In January 1997 Greg spent some time in France as a research associate at the Centre de Musique Baroque Versailles.

Since 1985 Greg has taught at several tertiary institutions in Melbourne, covering a variety of theoretical, historical and practical subjects, as well as directing Renaissance and Baroque ensembles. He is currently an Associate Lecturer at the Early Music Studio, Melbourne Conservatorium of Music, The University of Melbourne.

Greg is the artistic director of the Elysium Ensemble which he founded in 1985. The ensemble has a flexible format drawn from Australasia’s leading period instrument specialists who perform an extensive repertoire including chamber music and orchestral works.

Since 1980 Greg has been in demand as a guest artist and soloist. In this capacity he has performed in concerts and undertaken tours around Australia, as well as appearing with visiting overseas artists such as Anner Bylsma (cello - Holland) and Davitt Moroney (harpsichord - England). Ensembles and artists with whom he has worked include: Geoffrey Lancaster (harpsichord) and Ensemble Arcangelo (Musica Viva tour), Capella Corelli (Musica Viva tour), Musica da Camera (concerts in Adelaide) and Camerata Classica (concerts in Sydney and CD recording).

As a guest conductor/musical director he has worked with both early music and modern ensembles, including the Adelaide University Orchestra and the Melbourne Cornett and Sackbutt Ensemble, as well as devising and directing a theatrical presentation—‘Essence of Purcell’—for the Early Music Society of Victoria. 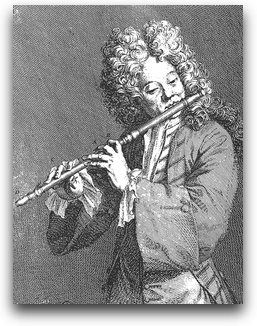 To complement his work and study in the field of early music, Greg performs with the shakuhachi (Japanese bamboo flute) player, Anne Norman. Their collaboration, which began in 1994, aims at bridging two cultural traditions, and includes composing new works and free improvisation. They have recorded one CD: ‘Breath of Creation—Flutes of Two Worlds’ (Move Records MD 3163).

This work indicates Greg’s interest in and practice of Zen philosophy with regard to performance (see Elysium, or Zen and the Art of Early Music), and his desire to work closely with like-minded musicians. It is his desire to achieve performances which uplift the listener as well as deepening their understanding of fine repertoire and performance practice.

The Early Music Duo presented Concert Programs, Workshops and Masterclasses, and Educational Programs throughout Australia and SE Asia for Musica Viva, State Arts Councils, the Department of Foreign Affairs and other organisations. The duo was also involved in many radio and television broadcasts in Australia and SE Asia.

As part of its education activities, the duo presented programs to many thousands of students. In 1981 the duo was invited to launch Musica Viva’s Education Pilot Program, designing and establishing a format that is still in use today.

The Early Music Duo made two LP recordings (now out of print).

La Fontegara by Sylvestro Ganassi is a treatise published in Venice in 1535 that deals with how to play the recorder and various aspects of 16th-century performance practice, such as the playing of passagi.

On graduating from the University of Sydney, Greg Dikmans and Robert Clancy (lute) formed the ensemble Fontegara to pursue their mutual interest in early music.

Fontegara promoted and presented its own concerts in Sydney, as well as concerts for other organisations such as the Festival of Sydney. It made radio broadcasts (ABC Radio and 2 MBS-FM) and performed regularly in several Sydney restaurants and at private functions.

As part of its education activities, Fontegara undertook three extensive tours for the Arts Council of NSW, performing to thousands of students in primary and secondary schools in the Sydney Metropolitan, Riverina, North Coast and Hunter regions.

Greg was invited to join The Renaissance Players in 1973 while still in his final two years at school, and continued to perform with this pioneer Australian early music ensemble until the completion of his undergraduate studies in 1977. In that five year period he was involved in many concerts around Australia (including performances at the Perth Festival and Sydney Prom Concerts), radio broadcasts and two LP recordings. Like many members of the ensemble, Greg became a multi-instrumentalist, playing a variety of flutes, recorders, crumhorns, plucked strings and percussion. 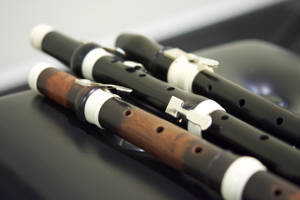